On 3 June Renewal Choir joined forces in an ambitions collaboration pulled together by the BBC in Bristol and Wales as part of the Nation’s 2nd annual BBC Music Day.

With a chilly start at 5:00am an assembled crowd of choirs and came together to perform the wonderfully inspiring “Bridge” song written and performed especially for the occasion by by Grammy Award-Winning, local singer/songwriter Amy Wadge. 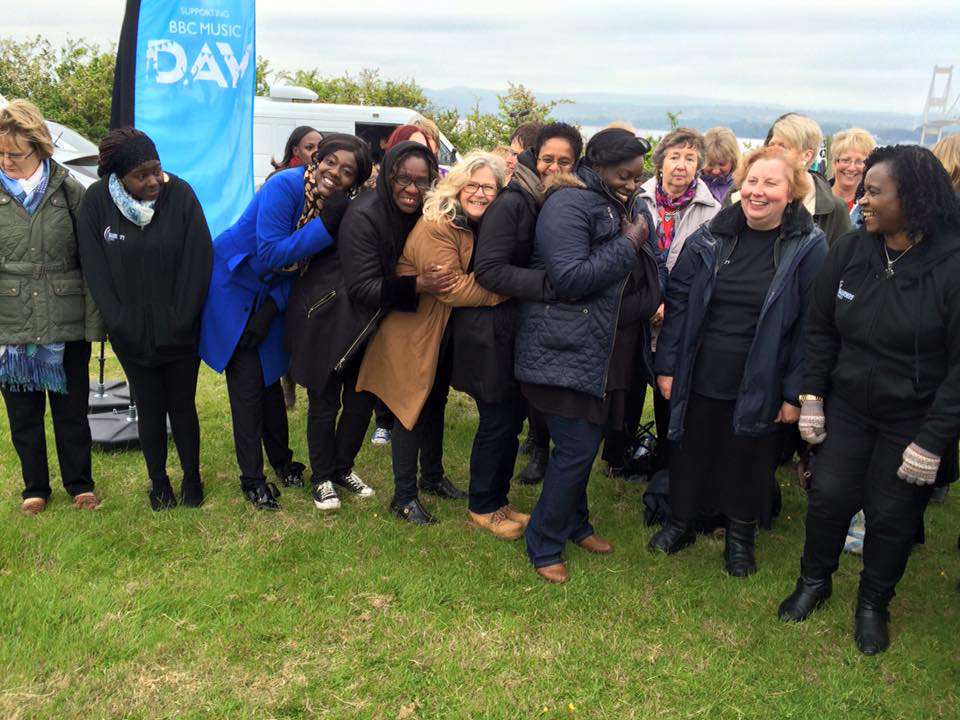 BBC Music Day is all about bringing people from different generations and communities together. This year it returned bigger and better than the first year in 2015.  BBC Wales and BBC West combined efforts to claim bragging rights as the first contributing regions to feature as part of the music extravaganza which lasted all day….. who else would get up at the crack of dawn to perform!

To help capture the mood and the moment a helicopter filmed shots of Amy singing the lead for the Bridge Song perched high on top of one of the bridge’s steel towers 136 meters above the water!  Simultaneously down below, around 500 meters away at the Aust bridge observation point, the combined 80 strong super choir of Classical Brit Award Winners Only Men Aloud, Gospel Generation Community Choir and Renewal Choir provided a backdrop of vocal harmonies, under the direction of Kim who arranged song parts for each of the contributing choirs.