CANCELLED – The History of Gospel Music

You are here: Home / Archive / CANCELLED – The History of Gospel Music

THIS EVENT HAS BEEN CANCELLED

Joining Up the Dots

On 13 June 2018 Dr Cedric Dent aims to “join up the dots” and engage a Bristol audeince with a facinating insight into the History of Black Gospel Music.  This event is par tof a national tour. The event takes place at St Matthews Church, Kingsdown, Bristol. 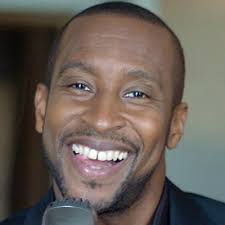 Renewal Choir will be on hand performing as part of the “local connection” to this event which is rare opportunity to get into what will surely be some enlightning perspective from Dr Dent a veteran practitioner and teacher of the black gospel music genre in its many forms through examination of the story and song reflecting the blending of church music and other genres  with special guests and local supporting acts including Renewal Choir.

Dr. Cedric Carl Dent, a native of Detroit, Michigan, was a baritone vocalist, music arranger, and co-producer of the 10-time Grammy Award-winning vocal group, TAKE 6. After 25 years, Dent retired from full-time performing and has been an emeritus member of the group since 2011. Since 2004, Dent has been a professor in the Middle Tennessee State University School of Music where he teaches undergraduate and graduate courses in music theory, music arranging, and the history of black gospel music. He is also director of the vocal jazz ensemble, MTSU Singers.

Dr Dent is currently a professor in the School of Music at Middle Tennessee State University where he directs the MTSU Singers (the vocal jazz ensemble), and teaches classes in music theory, music arranging, and the history of black gospel music. He is a frequent guest lecturer, having lectured at Loma Linda University (2010); Belmont University (2009); Loyola Marymount University at Los Angeles (2009); and the University of Michigan, Dearborn (2006).