Kori Campbell is a local young talent and rising star who is well grounded and supported in his quest to fulfil his musical potential.  Renewal are ecstatic to welcome Kori as part of  lively lineup of contributors to the upcoming Joyful Joyful Gospel Goes Festive Christmas event taking place on 1 December 2017.

Kori was born in Bristol in April 2006 and has an older brother Aaron (13) and a younger sister Naomi (10).  Kori is family orientated and is especially close to his mother, Nancy and his grandmother, Joyce.

He is a natural singer and has been singing since the age of 3. His inspiration and mentoring has come largely from his mother and others from the local church that he has attended since he was a baby, the House of Praise in Easton.  He has a strong Christian faith and his favourite Bible scripture is “I can do all things through Christ…” (Philippians 4:13).  Although he likes music from different genres, much of his repertoire consists of gospel songs made popular by artists such as Marvin Sapp, Kurt Carr and others as well as some R and B music.  Kori’s powerful voice – mature beyond his years – has been known to move audiences to tears when he sings. 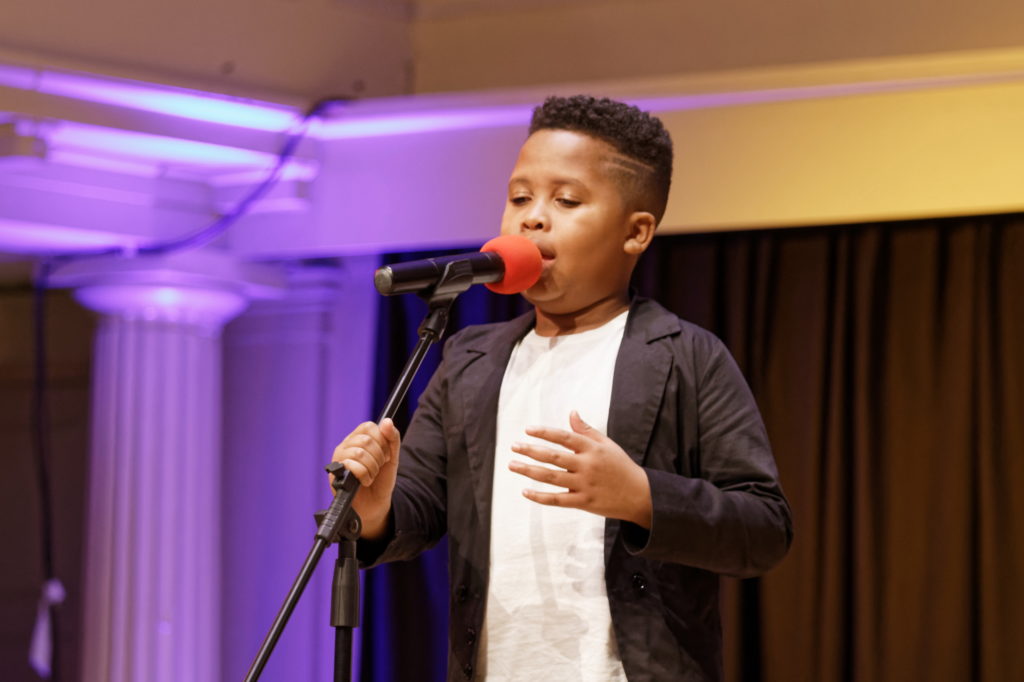 In October 2016, Kori became a part of the Studio 7 Academy, a stage performance development company for young people in Bristol founded by Kizzy Morrell.  At Studio 7 Kori has learnt to “feel the fear and do it anyway”!

In the last year Kori has:

Kori’s dream is to record his own album and to meet gospel artist Marvin Sapp and to sing a duet with him.